Long time California-based beer company Sierra Nevada recently teamed up with the self-titled world’s oldest beer company, Germany’s Weihenstephaner to release a few autumnal inspired pours. The team up resulted in three unique beers that are the union of legacy and technology, combining old with the new to enhance and entice the palette. Fall is known for a lot of things, and as the temperature drops and heartier food hits the tables, it’s a pleasant enough experience to wash down a meal or close out a night with a slightly heavier, fuller-bodied beer. The three offerings from Sierra Nevada and Weihenstephaner are  Oktoberfest, Braupakt, highlighted for its peach and apricot notes, Festbier, an above standard seasonal lager and the Oktoberfest, which delights both the party crowd and those who just want to enjoy a simple cold one. The first bottle I cracked open was Oktoberfest, and I was delighted to put my nose to the glass and be greeted by the unmistakable scent of a crisp fall morning. Taking that as a positive sign for a beer named after the festivities that welcome in the season, I was excited to get started. As first sip, I thanked the powers that be that it is cuffing season, as I want to stay with this beer for a long, long time. From beginning to end, it maintained its claim to being a full flavored beer, starting and finishing with a fine-tuned level of crispness. Bubbly, but not distractingly so, you get the sense on drinking it that is it an intelligently designed and executed beer that had some cerebral engineering at the helm. The Oktoberfest hangs on to your taste buds for an experience that was rewarding to the very last drop. There’s not a single bad thing to say about this beer except the curses you will say to yourself when you run out of it. The slight bitterness is well-balanced and doesn’t overpower or fight with the overall maltiness. In fact, the beer’s malted taste is one of the most outstanding qualities of the beer. The second beer of the bunch that I tried was Braupakt, and in the ledger of my notes, I have drawn hearts around it. Out of the three, this was hands down my favorite. At first sip, the Braupakt welcomes you with a strong,...

Today marks Blue Point Brewing’s last Cask Ales Festival at its original location. Although there is a clear split between Long Islanders who are loyal to Blue Point’s brand versus those who argue that the company sold out, neither group can deny that Blue Point and their annual festival did not have an impact on Long Island’s craft beer scene. Nobody will ever forget their first time at Blue Point Cask Ales Fest. For some it was a few years ago, others it was at the brewery’s very first one. For me, it took place on a cold, snowy day January 24, 2009. I had just started my journey for craft beer two years earlier, drawn to the industry right before craft beer exploded. I traveled over an hour to get to the festival and waited on line in the cold (which seemed like forever), but it was worth it to me. For my $35 ticket, I could redeem my six beer tastings towards Long Island breweries like John Harvards and South Hampton Publick House or visiting breweries like Keegan Ales and Iron Hill.  I was overjoyed with the selection at my fingertips, but the real reason I was at the festival was to see Blue Point tap the world’s largest cask filled with Rastafa Rye Ale.  As I took my first sip, I looked around and was amazed by the amount of people who came together because of beer. It was at that very moment when my life changed. I wanted to dive deeper into this world. I wanted to brew. Nine years have passed since that fond memory. After running a beer website, homebrewing with Mr. Beer kit, creating a beer enthusiast MeetUp group, being diagnosed with Celiac’s disease, shutting down the website, and leaving the industry, I finally returned in 2015. And today, my journey will come full circle. I will be back to the beginning of my very first inspiration, except this time I am on the other side of the table pouring my gluten-free beer:”Not So Hottie Toddy,” 5% ABV, bourbon barrel-aged brown ale with smokey apples, cinnamon, and honey. I hope you will join me to reminisce these memories and toast Blue Point on their final Cask Ales Festival at their original... 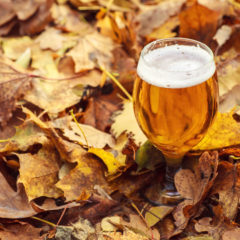 Long time California-based beer company Sierra Nevada recently teamed up with the self-titled world’s oldest beer company, Germany’s Weihenstephaner to release a few autumnal inspired pours. The team up resulted in three unique beers that are the union of legacy and technology, combining old with the new to enhance and entice the palette. Fall is known for a lot of things, and as the temperature drops and heartier food hits the... 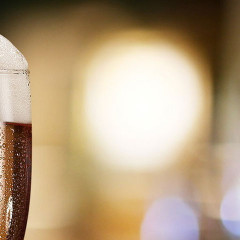 Today marks Blue Point Brewing’s last Cask Ales Festival at its original location. Although there is a clear split between Long Islanders who are loyal to Blue Point’s brand versus those who argue that the company sold out, neither group can deny that Blue Point and their annual festival did not have an impact on Long Island’s craft beer scene. Nobody will ever forget their first time at Blue Point Cask Ales Fest.... 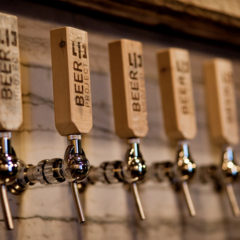 I’m honored to announce that I am now part of the LIC Beer Project Family! In the last few weeks I’ve been settling in my new role as the brand ambassador focusing on events and marketing. I’ve been catching up on LICBP’s history (NYC’s first brewery to have a coolship), branding (sweet graffiti packaging), and future endeavors (my lips are sealed).  Stay tuned for the latest brewery happenings and my... 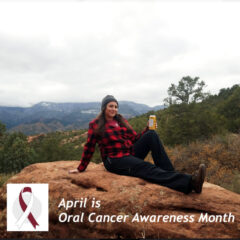 I know this is not beer related, but there wouldn’t be The Outcask or The Brew Babe had my life gone down a different path.Today marks the 2 year anniversary of the surgery that saved my life! April is Oral Cancer Awareness Month, a cancer that is underresearched and forgotten. My life will forever be changed. I will never forget the doctors who treated me. Sadly, I will also never forget how long it took for doctors to diagnose... 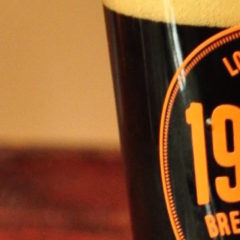 Thank You 1940s and Farewell

I’d like to share bittersweet news this morning with all of you. This is my last week at 1940s Brewing Co. These past 18 months flew by, but I will remember every moment, especially our milestones: beertending the day 1940s opened its doors, our first can release, and our expansion to outside sales. My father has always said that when you find a job you love, you will never work a day in your life. I can confidently say that I...

Tips for Traveling with Beer

Although I enjoy traveling across the country trying new beers, it saddens me when I can’t always take my favorite discoveries back home with me. Some of the best breweries that I’ve visited are small and don’t offer cans or bottles to take back. However, I take advantage of the opportunity with those breweries that do! With some bubble wrap and tape, you too can bring your favorite beers back with you when traveling... 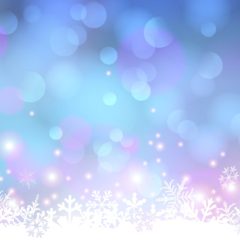 We are in the midst of the holiday season and unfortunately for some of us, we’re running out of shopping time! While there are many gift options for the beer lover in your life, there are only a handful of innovative and unique presents that will really wow them. I created a list of some independent businesses that offer exciting and unique products that will make you want to purchase them for yourself too! Craft Brewed Jewelry... 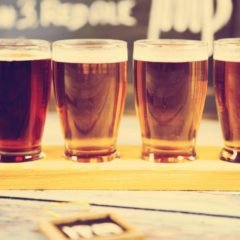 About a month ago I came across the “Take Craft Back” movement that promotes the growth of craft beer by standing up to corporate breweries, such as Anheuser-Busch InBev, who are buying out smaller craft breweries. The Brewers Association (parent organization of American Homebrewers Association) organized this movement and plans on raising money through crowdfunding to buy out Anheuser-Busch InBev for $213 billion. So far,...

A Beginner’s Craft Beer Guide: What to Drink & Rethink

I think I made a beer-geek’s day when I walked into the Poughkeepsie location of Half Time Beverage, the local go-to for craft brews and ciders. I looked a little lost as I took in the extensive selection of bottles. I didn’t browse, but instead apprehensively approached the employees at the desk. I struggled a bit to explain my first Outcask assignment. As a recent convert to beer, I wanted some good recommendations, with my only...

There are only a few more weeks until the unofficial end of summer beer festival season and the start of Oktoberfest season. I put together a list of my “go-to” six-pack of gluten-free friendly beer and cider that you can take to BBQs and beach parties. This great tasting six also satisfies the taste buds of those who are not gluten-free, but want to try something new and delicious!   1. Dogfish Head Tweason’Ale Gluten...

This error message is only visible to WordPress admins