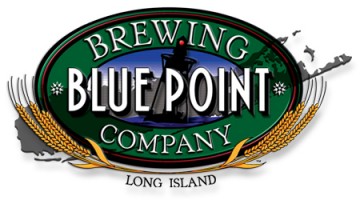 location. Although there is a clear split between Long Islanders who are loyal to Blue Point’s brand versus those who argue that the company sold out, neither group can deny that Blue Point and their annual festival did not have an impact on Long Island’s craft beer scene.

Nobody will ever forget their first time at Blue Point Cask Ales Fest. For some it was a few years ago, others it was at the brewery’s very first one. For me, it took place on a cold, snowy day January 24, 2009. I had just started my journey for craft beer two years earlier, drawn to the industry right before craft beer exploded.

I traveled over an hour to get to the festival and waited on line in the cold (which seemed like forever), but it was worth it to me. For my $35 ticket, I could redeem my six beer tastings towards Long Island breweries like John Harvards and South Hampton Publick House or visiting breweries like Keegan Ales and Iron Hill.  I was overjoyed with the selection at my fingertips, but the real reason I was at the festival was to see Blue Point tap the world’s largest cask filled with Rastafa Rye Ale.  As I took my first sip, I looked around and was amazed by the amount of people who came together because of beer. It was at that very moment when my life changed. I wanted to dive deeper into this world. I wanted to brew.

Nine years have passed since that fond memory. After running a beer website, homebrewing with Mr. Beer kit, creating a beer enthusiast MeetUp group, being diagnosed with Celiac’s disease, shutting down the website, and leaving the industry, I finally returned in 2015. And today, my journey will come full circle. I will be back to the beginning of my very first inspiration, except this time I am on the other side of the table pouring my gluten-free beer:”Not So Hottie Toddy,” 5% ABV, bourbon barrel-aged brown ale with smokey apples, cinnamon, and honey.

I hope you will join me to reminisce these memories and toast Blue Point on their final Cask Ales Festival at their original home.