One of the toughest obstacles I face living with a gluten allergy is going to beer festivals: experiencing the energy, smelling the hops, and walking away without a single taste of beer because I break out in hives with just one sip. Now that I’m back in the beer community, reconnecting with old friends and making new ones, there are so many more options available to people like me, especially at festivals like the North Fork Craft Beer Festival, which just took place this past Saturday in Calverton. I was pleased to see that NoFo offered several gluten-free options among the 60 breweries that participated.

I arrived to the festival with Lizzie, The Outcask photographer, and we immediately walked over to Moustache Brewing Co. Recently, I was told that several of the beers brewed by Moustache are gluten-removed, meaning an enzyme is added to the beer to break down the gluten. While it’s not necessarily brewed with gluten-free grains and there isn’t enough research to determine whether or not it’s safe for people with celiac to digest these beers, I am fortunate not to have an allergic reaction with beers brewed this way. While we were at Moustache, we tried Milk & Honey Brown Ale, which tasted like a smooth mix between a brown ale and a stout. Being that stouts are a favorite of mine, I really enjoyed this one. You can taste the sweet caramel and honey with each sip without the flavor becoming overbearing.

Although Lizzie isn’t particularly a fan of ciders (I’m calling her out on this), people with gluten allergies gravitate toward ciders at festivals. So that’s exactly where we headed. I’ve come across some ciders over the last few years that I dump after one sip, so I’m a bit skeptical before drinking anything new. However, I was fortunate to stop by the Handgrenandes Homebrew and Craft Beer Club to have Apple Pie Cider (10.8% ABV), brewed by Eric Sowa. Eric’s cider tastes exactly how it sounds, but without the extra sweet aftertaste and heaviness that you’d expect from the ABV of a cider like this one. I wasn’t the only one who pegged the Apple Pie Cider as a favorite. When I came back for a second tasting, I was out of luck — all out. Cheers to success for the HHCBC!

At my next stop, I got to taste Woodchuck’s Gumption. I am a huge fan of Woodchuck Cider, including Pear and Hopstation and have been waiting to try Gumption (which released in February) for some time now. The flavor of Gumption was unique from the rest of the Woodchuck Ciders. With the initial sip, you taste the sweetness of apples with a tart, dry finish, making it the perfect summer cider.

My final stop was McKenzie Lazy Lemon, which I’m having the hardest time finding on Long Island! I finally had the opportunity to take a sip of this bad boy and after coming back quite a few times throughout the day, I was sold on the idea that this is the perfect summer drink for the beach. The Lazy Lemon tastes different from other lemon-infused ciders that I’ve had before. It gives you a semi-sweet lemon taste without letting it get too strong. It’s light, clean, and refreshing with just a slight kick of tartness in every sip. 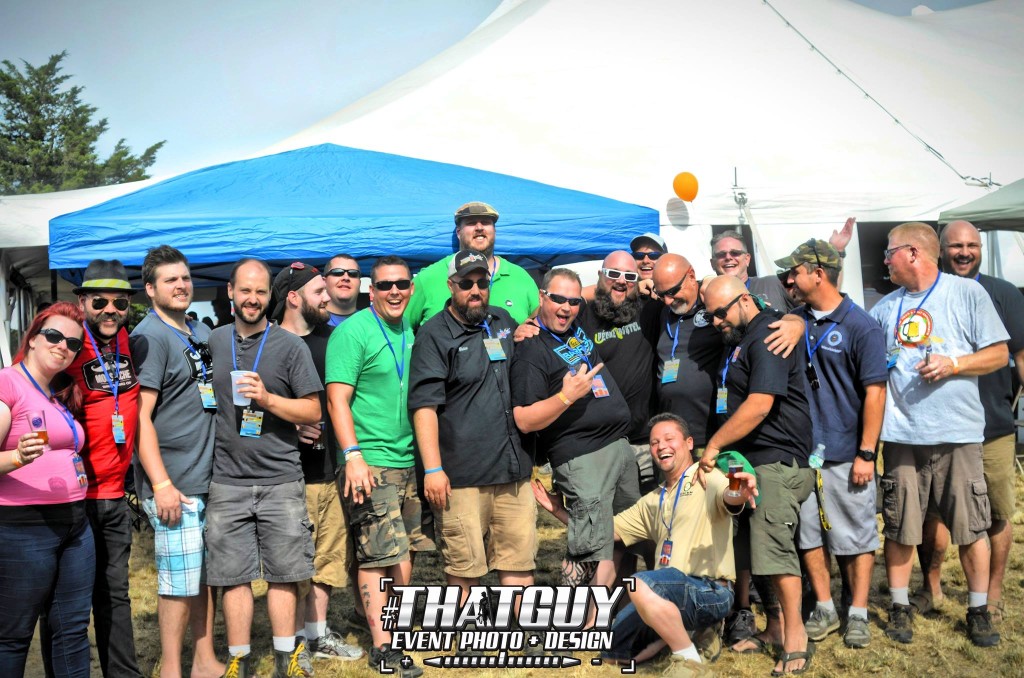 Join me next Saturday for Flynn’s Fire Island Beer Festival. If you can’t make it, be sure to watch me LIVE on Periscope @thebrewbabe and check back next week on TheOutcask.com for highlights of the festival, including photos and videos.