This week, I head out to Denver for the sold-out 35th Great American Beer Festival [GABF], a brewventure that I have been looking forward to for the last 8 years. GABF will have 3,800 beers from more than 800 breweries packed from Oct 6-8. Tasting gluten-free/gluten-reduced beers all in one spot is a Celiac’s dream, but as glorious as this seems, there are still only a handful of places out of the 20 breweries in Colorado that I can visit during my short stay. Here are my top 5 gluten-free/gluten-reduced breweries that I plan on visiting on my trip:

Shine Brewing Co. has been on my list of breweries to visit for some time now for three main reasons. Firstly, the owners of Shine Brewing are founded by three sisters, Jill, Jessica, and Jennifer Emich, which is inspiring to me. Secondly, I’ve heard numerous reviews from friends raving about their award winning gluten-free beers, including “Ahimsa Gluten Free Ale” (5.8% ABV), which won a bronze medal for Gluten Free beer at GABF. Lastly, Shine Brewing gives back to the environment, including recycling spent grain to local farmers to feed chicken! I hope to stop by to have some gluten-free food, beer, and meet this amazing team! 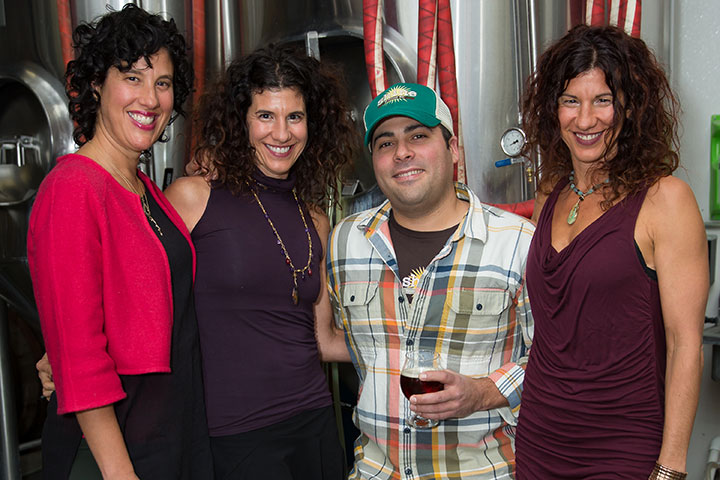 Founded in 2012 by brewmaster Rick Abitbol, Brewery Rickoli has won numerous awards for their gluten-reduced beers, including GABF 2015 silver medal in the barleywine category for “Statik,” a triple IPA with a variety of American high alpha hops. I don’t consider myself an IPA enthusiast, but this is one beer that I’ve been interested in tasting for a while now. For a small brewery on a 3BBL system, Brewery Rickoli brews over 15 beers. Other beers that I hope to try during my visit include, Vanilla in “yo Rye” stout (7% ABV) and the Das Hefeweizen auf SweetRidge (5.2%). On a non-alcoholic note, Brewery Rickoli also brews their own sodas: Schrute Root Beer and Strawberry Kiwi.

Holidaily Brewing Co. is founded by Karen Hertz, who survived melanoma and thyroid cancer, leading to a health plan which included a gluten-free lifestyle. Hertz’s story of overcoming health obstacles is an inspiration to me. Holidaily claims to be the only gluten-free brewing facility in the state of Colorado. In fact, each batch is tested under 5 ppm (parts per million). The brewery has 8 beers on tap, include a blonde, porter, stout, and IPA. Three of the beers that caught my attention include: “Day in, Day out Imperial Stout” (10% ABV), “Glutopia Saison”(6.3% ABV) and “Patchy Waters Pumpkin Ale” (6.5%), since I have not had a pumpkin beer since I’ve been diagnosed with Celiac. I hope to see Holidaily at the festival and meet Karen Hertz!

Living the Dream Brewing Co. was founded in 2013. The brewery currently has 12 gluten-reduced beers available in their tasting room, and another 7 brewing. With the exception for their wheat beers, all beers at Living the Dream are brewed using White Labs Clarity Ferm enzyme at a rate of 12 ml/barrel during fermentation finishing with 10 ppm. While I’m in Colorado, I plan on tasting two of their beers: “Belgian Brune,” tart with spice and black currants, and “Stubborn Monk Belgian Dubbel,” mildly sweet Dubbel with overtones of figs and dried fruits.

Great Frontier Brewing Co. is an award winning and unique brewery because gluten-free and gluten-reduced beers are available here. According to Great Frontier, their “Blonde Annie” recipe originally scored 43 out of 50 possible points at the 2011 National Home Brewing Competition.  A few months later the recipe was brewed with a local Denver brewery and won a gold medal at GABF. At the brewery, there are 2 gluten-free beers for tasting: “Blonde Annie,” and “Giant Forehead IPA.” In addition, you can try their gluten-reduced beers, “High Country Cream Ale,” “Willy’s Irish Red Moustache,” and “Old Soul Scottish Ale.”