Finally All Together Now 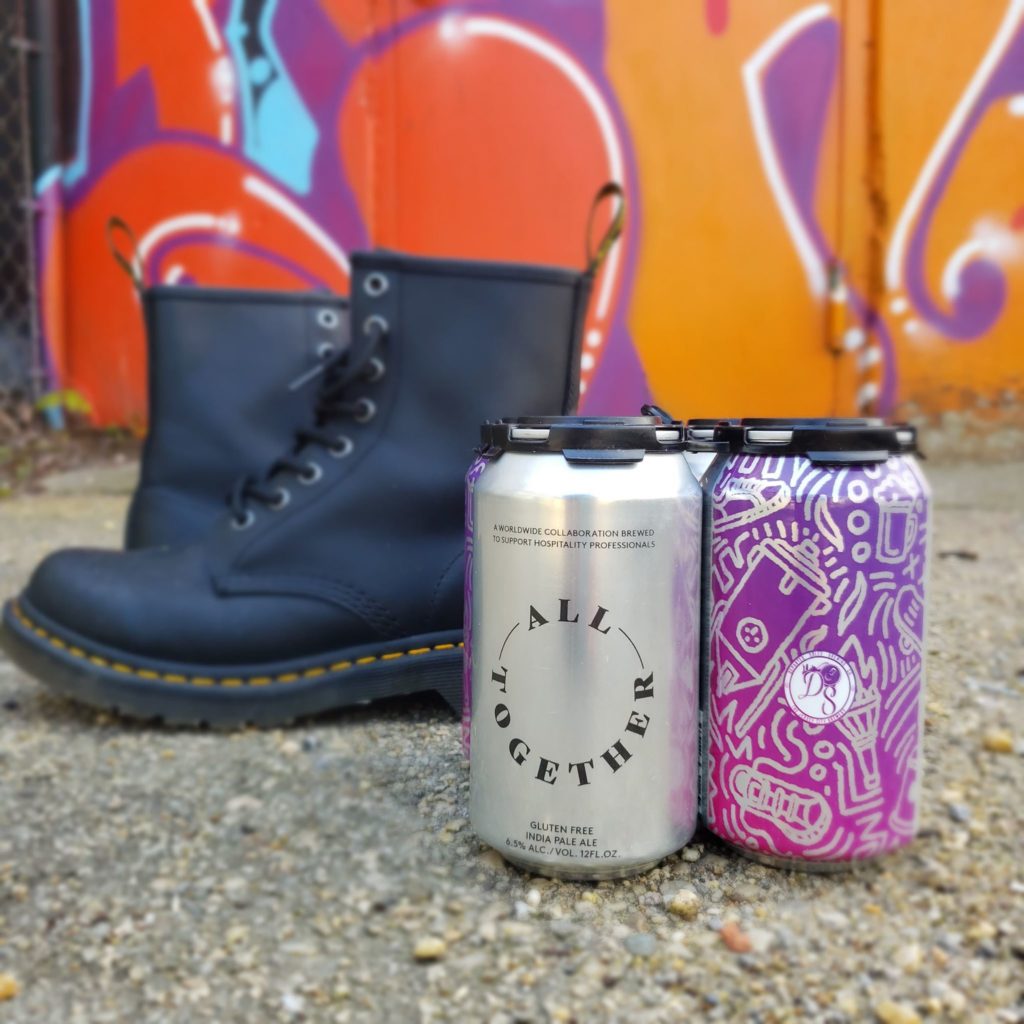 More than 700 breweries have come together to brew Other Half Brewery’s world-wide collaboration beer,“All Together,” 6.5% double-dry hopped India Pale Ale,” with proceeds supporting those in the hospitality industry who have been negatively impacted by COVID-19. Variations of this beer have been collector items to beer enthusiasts, except those who are gluten-intolerant. Celiacs were left out in the dark to appreciate this beer until yesterday when Departed Soles of Jersey City released the only gluten-free variant of this beer in the world!

“When people and breweries first started talking about brewing “All Together,” I thought it was a fantastic idea, but was hesitant to jump on board. We had already been doing a few things here at Departed Soles – our Hops4Heroes program, where people can pay it forward to first responders by buying them a growler & fill – as well as selling gift cards to local bars and restaurants that are shut down due to COVID19 on our website – and I didn’t want to take away from that,” Brian Kulbacki, Entrepre-Brewer of Departed Soles, said.

After giving the idea some thought, Kulbacki felt it was necessary to brew this beer as a gluten-free version.  “I felt that it should be a beer that all should be able to enjoy together. At that point, it seemed less like a decision, and more than an obligation, and an opportunity to show the beer loving world that gluten-free beer, brewed the right way, can be flavorful and delicious.”

“Our recipe is brewed with 100% gluten free ingredients, so the only thing that we were able to use from Other Half’s recipe were their guidelines on hop usage and timing. There was still a lot of room for interpretation on that, which was amazing, and why all of the All Together beers are so different. It’s really a cornucopia of beer experiences,” Kulbacki said.

Departed Soles follows the Other Half original recipe, brewed with 2-row, oats and carapils and then hopped with Citra, Mosaic, Simcoe and Cascade. To make this beer gluten-free, Departed Soles brewed this batch with millet, quinoa, oats, maltodextrin, and candi syrup, and fermented it with a new yeast strain in their dedicated gluten-free fermenter. In addition, they’ve added Azacca cryo hop addition during fermentation, and a dry hop mixture of Citra, Cascade, and Mosaic in the end. “All Together” has an abundance of sweet aroma and a bursting juicy blend of mango, pineapple, and lychee flavor.

All Together is packaged as 12 oz 4-packs, $15 each. One case limit. No shipping. No home delivery. A portion of the proceeds to the Brewery Strong fund, organized by the NJ Brewers Association and also donated to vetted GoFundMe accounts in Jersey City.